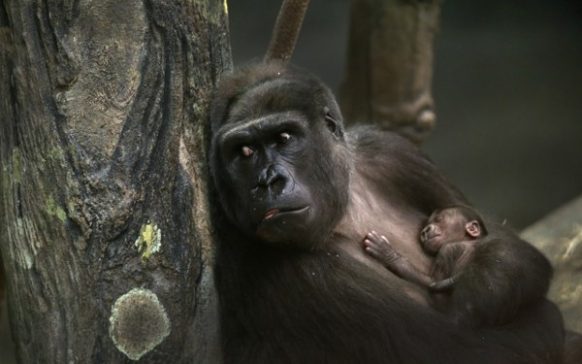 Congo safaris or Congo tours take you Mountain Gorilla trekking in Congo’s Virunga National Park-Positioned to the Central of Africa, D.R. Congo gorilla safaris and tours/Mount Nyiragongo Volcano climbing-hiking safari tour Trips are among the most authentic African safari adventures that tourists can ever undertake majorly because of her less exploited virgin wilderness. The Democratic Republic of Congo has passed through a series of naming including Belgian Congo from 1908 to 1960 and Zaire from 1971 to 1997. DR. Congo borders a range of African countries including Central African Republic and South Sudan in the north, the Republic of the Congo to the North West, Atlantic Ocean to the west, Angola to the southwest, Zambia to the south, Burundi, Rwanda and Uganda to the east providing for East Africa combined safaris.

Please note that ALL these Congo Safari packages can be suctomised to your special interets, Congo safari budget and time of travel to fit in your dream African safari.

The 3 Days Gorilla Trekking Safari in Congo is short but a rewarding primate package designed to enable you explore the critically endangered Mountain gorillas in Virunga National Park. Read More

3 Days Congo Nyiragongo Hiking Safari enables you climb Nyiragongo Volcanic mountain- 3,470m above sea level found in the Virunga Mountains 20km from the town of Goma. The Mountain crater is about 2km in width featuring a lava lake. Read More

The 5 Days Congo Lowland Gorilla Tour & Nyungwe Chimpanzees present an opportunity to tour the two of the Big Apes-Gorillas in Congo & Chimpanzees in forest of Nyungwe National Park Rwanda.Read More

The 10 Days Primate Safari in Uganda Rwanda Congo commences in Kampala Uganda and ends in Kigali Rwanda. Trek Gorillas all the three countries that have Mountain Gorillas in the world. Read More

The 12 Days Uganda Rwanda Congo Gorilla, Chimpanzee & Wildlife Safari tour is a comprehensive safari package allowing you to explore these remarkable African destinations noted to be the only ones sheltering. Read More

Standing as the second largest African country and as the world’s eleventh largest nation, Congo is endowed with a population of 79millon people ranking as the 4thmost populated nation on the continent of Africa and 19th on a world scale. The main capital is in Kinshasha but the country features other major cities and towns including Lubumbashi, Mbuji-Mayi, Kananga, Kisangani, Bukavu, Tshikapa, Kolwezi, Likasi, Goma, Kikwit, Uvira, Bunia, Mbandaka and Matadi most of which form the starting and ending points of safaris in Congo.

Mother Congo Gorilla With Her Young One

The Democratic Republic of Congo can be well described without mentioning its abundant natural resource availability. Besides the mineral-rich areas like Katanga, Congo has got a considerable place in the biodiversity world on the African continent. The destination stands as the only habitat in Africa where the three of the Great Apes are known to be thriving forming a rich background for Congo tours. Ranging from the critically endangered Mountain gorillas in Virunga National Park to the population of Eastern Lowland gorillas in Kahuzi-Biega National Park, Congo Gorilla Safaris are beyond the ordinary. Besides the Mountain and Eastern low land gorillas, Congo features a population of Eastern Chimpanzees in both Virunga (Tongo hills) and Kahuzi Biega National Park.

Congo’s physical geography is amazing. River Congo stretching to 4,700km is Africa’s second-longest River after River Nile and the 9th in the world. In terms of size, the River is second to Amazon on a world scale in discharge while in-depth, it the deepest river in the world at 220m. Besides River Congo, the destination Congo features a chain of Volcanic Mountains to its Eastern border with Uganda and Rwanda among which include; two active Volcanoes namely Nyiragongo and Nyamulagira. Nyiragongo Mountain Climbing Safaris is a popular site for travellers on Congo tours as they flock it to explore its world’s largest and violent lava lake while Nyamulagira is noted to be the most active volcano in Africa having erupted over 40 times since the 1980s. The glacial peaks of Rwenzori Mountains – the third highest in Africa and the dense equatorial bulge affirm the richness of the Congo’s physical geography and its significance to the Congo Safari undertakers.

The lowland gorillas (Grauer’s gorilla) are found in Congo’s Kahuzi Biega national park. It’s the only park where a tourist can see these gorillas in the wild protected by the mountain forest.

Why the Congo gorilla safari rules

Congo gorilla trekking safaris are the key tourist activities in Congo alongside hiking Mount Nyiragongo. Gorilla trekking is an extremely sensitive activity, and for anyone to indulge in it, they should adhere to the recommended rules and regulations.

Gorillas are susceptible to human diseases and therefore protecting them from contracting diseases means conserving them.

There many numbers of tourists who trek gorillas every single day and therefore regulating their actions in the forest help to conserve the gorilla habitat and the gorillas themselves.

These gorilla trekking rules are not only in Congo but applicable to Uganda gorilla safari activities and gorilla safari Rwanda tours with a few modifications.

Prior to gorilla trekking in Congo, each tourist must book a gorilla trekking permit that costs about USD400-USD450. Permit booking is best done by a local tour operator in Congo for all prior bookings.

Ensure to have a trekking stick, this is given to you as you head for the trek to help with movements within the jungle.

A maximum number of 8 tourists are allowed to trek a single group of habituated gorillas each day. This is mainly to minimize behavioral disturbance to the gorillas and the risk of their exposure to human-borne diseases.

Always wash your hands before you move out to the gorillas, to reduce the risk of any kind of disease spread.

Keeping a distance on a Congo gorilla safari

Do not make noise within the jungle, try to lower your voices. Asking your guide questions is however allowed.

Carry your camera but remember that flash photography is not allowed, so take a recommendable camera for capturing these amazing memories.

When you get close to the gorillas, these simple rules are a must observe for the good of the gorillas and the tourist.

Maintain a 7m distance away from the gorillas at all times. The more you keep a distance, the further you give them space the more they become free and comfortable with your presence.

Always remember to stay in tight groups during the whole trekking process.

Don’t smoke, drink, or eat in the forest. Eating or drinking increases the risk of food/drink droplets falling, which could intensify the chances of spreading diseases.

Sometimes the gorillas can charge and become furious towards visitors. In this case, follow the ranger’s example (crouch down slowly, gorillas are shy, so do not look them directly in the eyes and do not be tempted to run as this may aggravate the situation).

Do not try to touch the gorillas, they are still wild animals.

The maximum time you can spend with the gorillas is one hour. However, if the gorillas become upset or frightened, the ranger guide may end the trek early.

After the trek and meeting the gorillas, keep your voices down until you are 200 meters away from the gorillas even with the excitement.

Join the many who take time to trek these endangered species of the mountain gorillas. The gorillas in Congo are the most peaceful jungle apes that live in the wild so raw.

For Safari Booking We Accept

We are highly reviewed on TripAdvisor & Safari Bookings.

People who always support and endorse our work