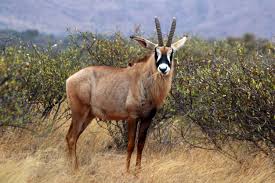 As you explore this tropical paradise on your Africa safari tour, you’re in the best position to know more about the history of this park with the help of your safari guide, who will narrate to you every detail concerning this park which was created in 1966 as Lambwe Valley Game Reserve. It was later renamed “Ruma” after one of Kenya’s most powerful wizard, the much-feared Gor Mahia who lived around the park. Dubbed the “Last Retreat of the Roan Antelope”, the park protects the only indigenous population of rare roan antelopes within Kenya.

A Kenya wildlife safari to this rarely visited park gives you enchanted access to Kenya’s last remaining population of the beautiful roan antelope.  A sight of the roan antelopes in this Kenya’s spectacular savanna wilderness can only be compared to with a Uganda safari to Kidepo Valley national park which is the only place with these amazing wild animals whose population is almost on the verge of extinction with individual populations numbering approximately 40 in Kenya and their population in Kidepo isn’t exactly known.

Besides the roan antelopes, Ruma national park  is will fascinate you when you make your Kenya safari tour to this savanna wilderness because its not only the roan antelopes that will excite you on safari Kenya to Ruma but also a wide range of other wild mammals such as Jackson’s hartebeest, black rhino, bohor reedbuck, cape buffalo, Burchell’s zebra, cape buffaloes, oribis, topis and many others.. The localized race of Rothschild’s giraffe can also be spotted. There are tracks to be found of leopard and spotted hyena, but these predators are shy and are unlikely to be encountered.  This, therefore, makes this Kenya tour to Ruma similar to other Africa wildlife safari in Kenya such as Masai Mara National Reserve, Nairobi National Park, Lake Nakuru National Park, Tsavo East National Park, Aberdares National Park and Amboseli National Park. 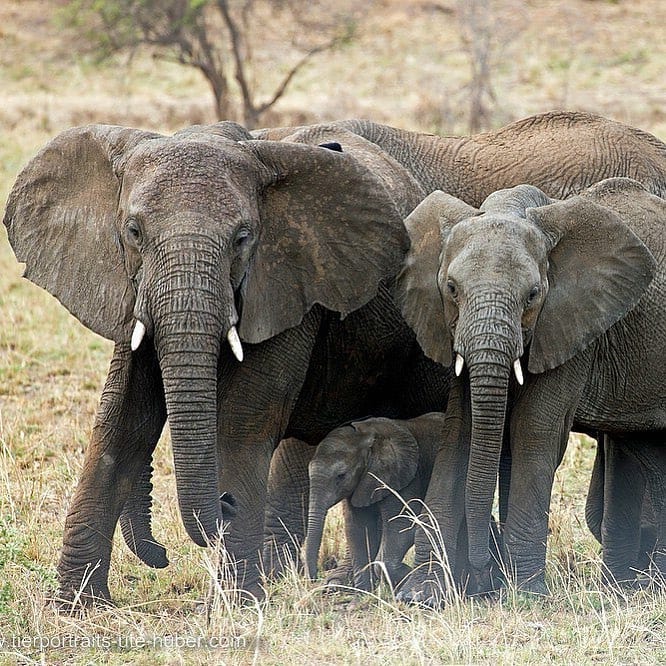 Since the Kenya savanna grasslands are part of the great east African savanna grassland plains that extend into the east African countries of Uganda, Rwanda and Tanzania as well, it’s not so shocking to have a similar wildlife encounter in these countries just like the one in Kenya. A Tanzania wildlife safari that completely mimics a Kenya safari experience like the one to Masai Mara or Nairobi takes you on a Tanzania safari journey to numerous Tanzania wildlife safaris destinations such as Lake Manyara National Park, Tarangire National Park, Ngorongoro Conservation Park and Serengeti National Park. 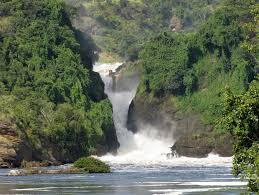 While on a Uganda tour to Murchison falls national park you can undertake a boat cruise to the bottom of the incredibly beautiful Murchison falls which will leave your mind blown away by their sheer power and tenacity, hike to the top of these falls and you will understand why these falls are called the world’s most powerful waterfalls because at the top of these falls you are in the best position to see water as it wrestles with nothing but itself through an 8 meter gorge before it finally cascades 43meters below creating its signature rainbow and a plume of spray that will shower you although not getting you fully wet.

Similarly, a Uganda safari tours to Queen Elizabeth National Park, gives you a privilege of enjoying another stunning boat cruise on the tranquil but turquoise waters of the Kazinga channel. While enjoying this boat cruise you have an opportunity to see a wide variety of mammals that reside on the savanna plains of Kasenyi. On this beautiful Uganda tour boat cruise, you have the best chance to view the various water animals that live here like the numerous schools of hippos and the jaw-dropping and enormous Nile crocodiles. 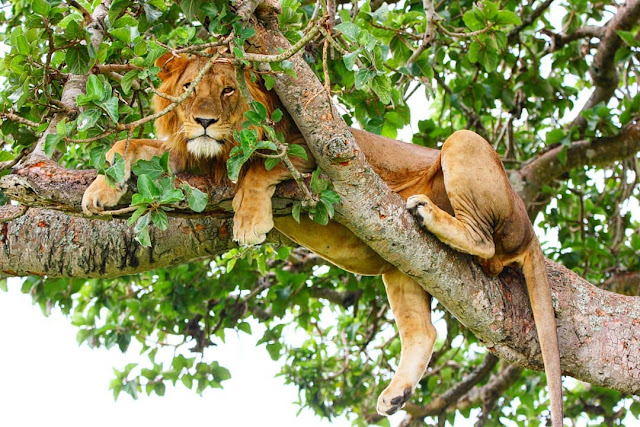 As you prepare your self for a Kenya tour to you need to understand that its advisable for you to make this visit during the dry months of June to October and January to February when the roads leading into the park and the game drive tracks are dry however still you will still require the services of a properly maintained 4×4 safari vehicle for hire such as 4×4 safari landcruiser for hire or 4×4 safari jeep, if you’re a group of friends visiting you can opt for a slightly larger 4×4 safari van for hire which comes with 10 seats, a pop up roof to reward you with great views of the wilderness as you drive through the park. Visits during the peak of the short rains (November) can be quite challenging given the conditions of the roads but yet still possible.

The park is totally undeveloped and visitors need to be self-sufficient. Some other wildlife has been introduced, but densities are low and animals are skittish. This is a good place to see the endangered blue swallow which migrates between here and northern Tanzania.

Here are some best selling safari packages in Kenya